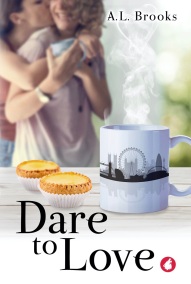 With Dare to Love launching on Amazon on April 29th, I thought I’d run a giveaway. But this one’s a little different because I’ve teamed up with another author, Jennie Davids, whose books also feature tattoo artists, to do a double giveaway!

Yep, you read that right – if you enter this giveaway you’re in with a chance of winning either an e-book of Dare to Love by me, or one of Jennie’s books (reader’s choice as to which one, in case you’ve started the series and need book two, or haven’t started yet and so need book one!).

Jennie Davids’ Thorn & Thistle series (see below for details) is based around the women who work at a tattoo shop. The first book in the series is New Ink on Life, the second is Inked with a Kiss.

I think tattoos are one of those love ’em or hate ’em things (kind of like Marmite. Don’t get me started). I personally love tattoos, and I’ve got 8 on various parts of my body. I think if they’re done right, and artfully, they can be incredibly interesting – and sexy!

Jennie tells me she doesn’t have any, but she goes to tattoo conventions every year and stares in awe and jealousy at everyone else’s incredible work. Sounds like a great day out to me!

To enter our giveaway, all you have to do is comment on this post – and hey, if you know of any other WLW and lesbian books with characters who are tattoo artists, why not add that to your comment so we can all find more books featuring these amazing artists.

The draw will be made at 10pm CET on Sunday, April 26th. First random name drawn will win an e-book of Dare to Love, the second name will win their choice of one of Jennie’s e-books. Good luck!

A slow-burn lesbian romance about leaving the past behind and opening your heart to new possibilities. 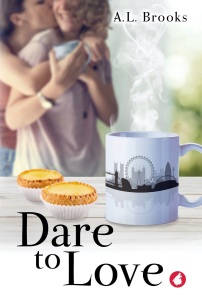 Investment banker Ash Taylor left her cut-throat world to set up a cool, cutting-edge tattoo studio. Her love life’s been a lot bumpier, though. Ever since a heart-breaking affair with a straight colleague, she’s vowed to steer clear of women unsure of their sexuality.

Talent-agency executive Carmen Lyttleton is straight, career focused, and not prone to distraction from her occasional casual relationships. When her best friend gets a tattoo at Ash’s studio, Carmen finds herself unexpectedly impressed by Ash and her business.

When they accidentally meet again, Carmen is shocked by the sparks between them and the realization that she feels a lot more than just admiration for Ash’s work ethic. It can’t possibly mean what it seems…can it?

The pull between the women is powerful but so are their fears, old baggage, and stubbornness. Can they dare to love? Quiet does not equal weak…

Leaving a dependable job to apprentice as a tattoo artist was a drastic step after surviving breast cancer, but Cassie Whiteaker is nearly five years cancer-free. Nearly. She’s not ready to go out on her own until she clears that all-important hurdle. Also off-limits are relationships and sex—something Cassie is sure she’ll never want again.

Struggling tattoo shop owner MJ Flores doesn’t give a damn what people think, but losing Thorn & Thistle would mean losing everything. When her former mentor’s protégé arrives at her door, MJ hires her out of obligation…at first. Cross-stitching goody-goodies are not her type, but Cassie’s business background might just get the shop back on solid footing. They strike a bargain: Cassie will enact new marketing plans and MJ will teach her to find her inner bitch.

Only when clients request to see Cassie—having learned of the beautiful, compassionate tattoos she creates for survivors and their families—does MJ realize all Cassie has endured. And as Cassie’s fears fade, she finds it harder to keep her admiration for her bad-girl boss from reawakening all she’d feared was lost. Sometimes everything you shouldn’t want is exactly what you need.

Tattoo artist Jamie Winston is used to caring for others. Between her assistant manager position at a tattoo parlor, single-parenting her twelve-year-old daughter, and supporting her alcoholic parents, Jamie rarely prioritizes her own needs—unless Sierra Clark is in her chair. The bubbly, younger woman somehow manages to make Jamie feel like the carefree teenager she never got to be, making anything seem possible.

For Sierra, time with Jamie is a much-needed escape. She takes her work as a social worker seriously, but with budget cuts threatening her job, there’s a lot riding on the fundraiser she’s planning with Jamie. The fact that it means working closely with the sexy, older tattooist is a bonus—a deliciously tempting bonus. Sierra isn’t one for relationships, but she’s never felt such a strong desire to mix business with pleasure.

Sizzling chemistry quickly erodes Jamie’s fears of being too old for Sierra, but navigating a romance with someone who’s at such a different stage in life is no easy task. They’ve each come to rely on themselves more than anyone else, but having a future together will mean letting their guards down, and accepting each other as a safe place to fall.